By
admin
Posted in
Blog 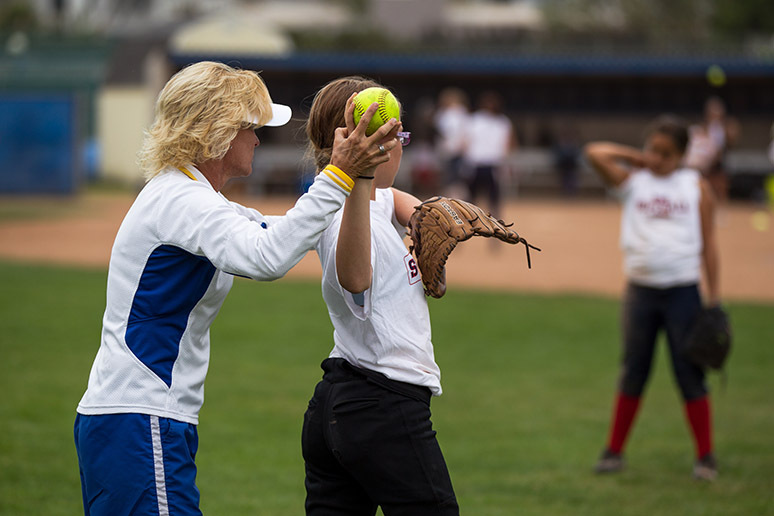 Playing softball competitively or recreationally requires a set of basic skills which include catching, throwing, fielding, hitting and base running. A dedicated softball player must take time to practice the right techniques in the following skills in order to confidently and safely play the game. Even seasoned softball players must continue practicing and drilling themselves on these skills in order to improve their performance.

The right catching skills allow a player not only to catch the ball without getting hurt but also to position him to throw the ball precisely. The fact is that catching and throwing are two of the fundamental defensive skills in softball. The ability to catch and throw a ball is very important as this enables a player to throw out a baserunner who is attempting to advance to the next base.

As previously mentioned, throwing is one of the two most important defensive skills a player must learn in softball. A quick and accurate throw can make it hard for the opposing team to advance their runners or make a score. Softball players should practice the right throwing technique in order to hit their targets quickly, precisely and consistently.

Fielding is another essential defensive skill that a softball team must master. Good team fielding makes it difficult for the opposition to score runs. Players are drilled on the right way of fielding a ball that is hit on the ground as well as in the air. Fielding drills also involve knowing where to throw the ball. Many times fielders must rehearse particular plays so they will know where to throw the ball if it is hit to them.

Hitting is probably the most challenging and enjoyable skill to learn in softball. Hitting a small ball with a rounded bat out to a particular area – in the split of a second – is a technique that softball players must continually practice and perfect. A good hit requires hand-eye coordination, quick reaction time, right technique and confidence.

Excellent base running is not just about speed, it is also about smart running. Even more important than simply moving around the bases is the wisdom to evaluate the current game situation. A wily base runner takes into consideration the number of outs and the fielding placements of the opposition. Fast and smart base running puts great pressure on the defensive team.

In softball, where running and sliding are often done, a good pair of softball cleats and a trusty pair of supportive, moisture-wicking softball socks are essential items.